by Curtis Waters on Thursday

Are you allowing your FEAR to keep you from taking deliberate action?

I saw a video recently from Seth Godin discussing the Greek mythology story of Icarus. In Greek mythology, Icarus is the son of the master craftsman Daedalus, the creator of the Labyrinth. Icarus and his father attempt to escape from Crete by means of wings that his father constructed from feathers and wax. Icarus’ father warns him first of complacency and then of hubris, asking that he fly neither too low nor too high, so the sea’s dampness would not clog his wings or the sun’s heat melt them. Icarus ignored his father’s instructions not to fly too close to the sun; when the wax in his wings melted he tumbled out of the sky and fell into the sea where he drowned, sparking the idiom “don’t fly too close to the sun”.

This is clearly a story that focuses on trying too much – and cements the fear you may have about fear.

This site uses Akismet to reduce spam. Learn how your comment data is processed.

Next post: Borrowing From Yourself To Invest in Real Estate

Previous post: Are You Taking Action – or caught in analysis paralysis?

Subscribe below and join 101,942 others who are the first to learn about our new Tips & Tricks to increase revenue. 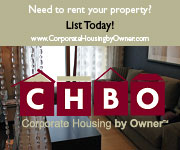